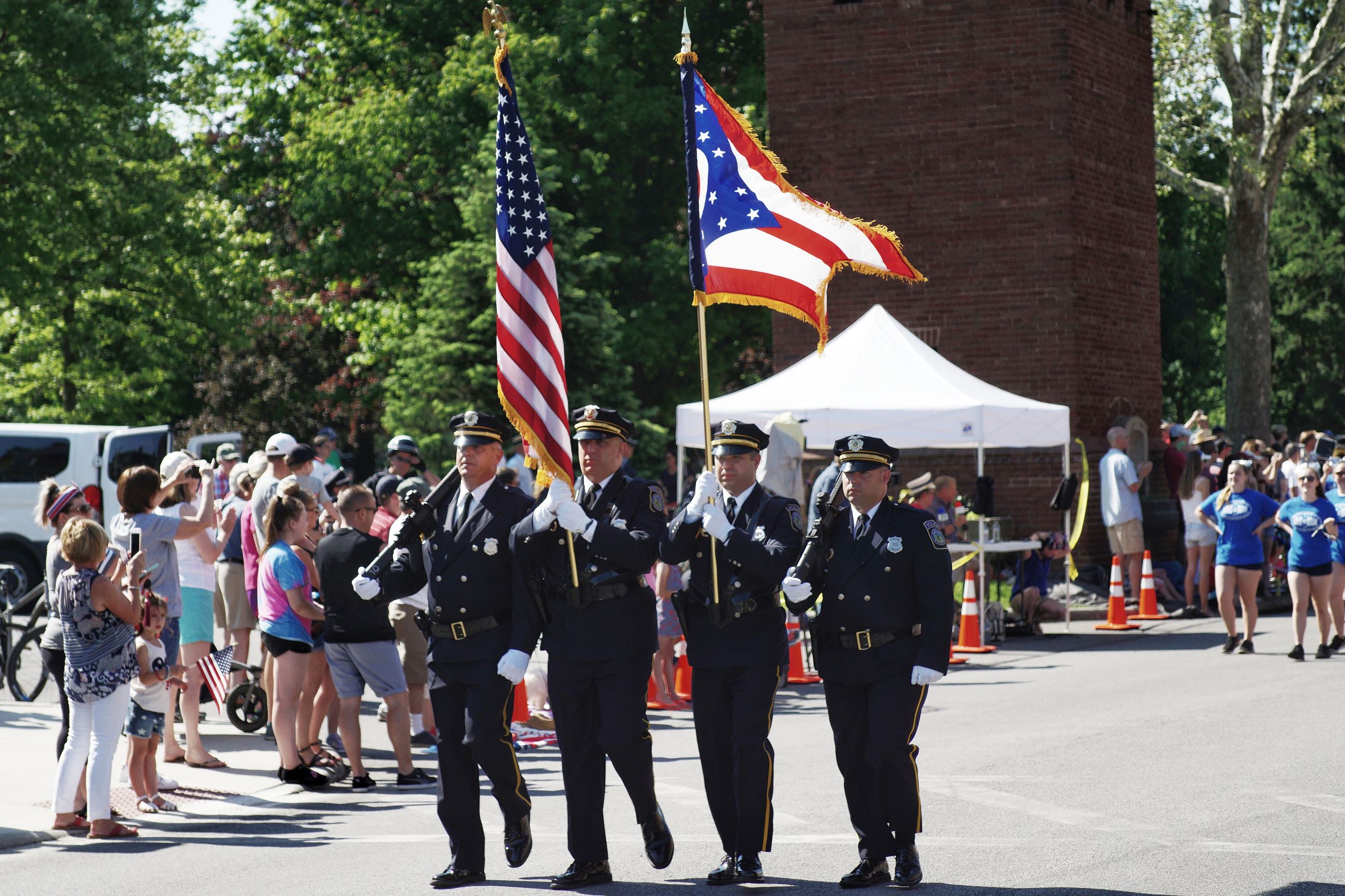 The Hudson Police Honor Guard Unit was formed in 2002 and made its debut at the opening of the new Hudson Police Station. The Honor Guard performs mostly Color Guard duties but can, and has, participated in many other ceremonial events, both inside and out of the City of Hudson. The Honor Guard consists of five officers and one sergeant. A majority of the members are veterans of the US military where they received their training in Drill and Ceremony. All members have volunteered for this highly responsible position and some of the outside details are conducted on their own time. The Honor Guard is proud to represent the Department and City and have had their services requested at many events including: