On June 1, 2022, a storm packing 70 mph winds battered Hudson, taking down trees and causing massive power outages throughout the City.  It was the worst storm with the most widespread damage seen in Hudson in 20 years.

The storm that moved through Hudson and Streetsboro had unofficial wind gusts between 60-70 mph based on National Weather Service reports. While no tornado warning was issued, the wind gusts equaled an EF-0 tornado (65-85 mph). The event was not classified a tornado because the winds were widespread and not concentrated in a narrow funnel associated with a typical tornado.

Following is a report on the City's emergency response to that unprecedented storm event. The document can be downloaded here.

On June 1, 2022, the NWS issued a Severe Thunderstorm Watch at 2:43 pm. Then multiple severe thunderstorm warnings were issued that afternoon at 4:22 pm. A Severe Thunderstorm Warning was issued at 5:22 pm. Around 5:40-5:50 pm, wind gusts of 70 mph hit northern Summit County. A Destructive Storm Warning was issued at 5:43 pm with 80 mph winds. This warning was too late for Hudson residents to prepare; only Streetsboro benefited from the warning. The storms that moved through Hudson and Streetsboro unofficially had wind gusts between 60-70 mph briefly based on NWS storm reports. While no tornado warning was issued, the wind gusts equaled an EF-0 tornado (65-85 mph). This was not classified a tornado because the winds were widespread and not concentrated in a narrow funnel associated with a typical tornado. (Weather maps provided by Fox 8 Weather.)

At approximately 5:47 pm the first calls came in of damage from multiple trees down blocking multiple roads, trees on houses, power lines down, widespread power outages, and traffic signals out. 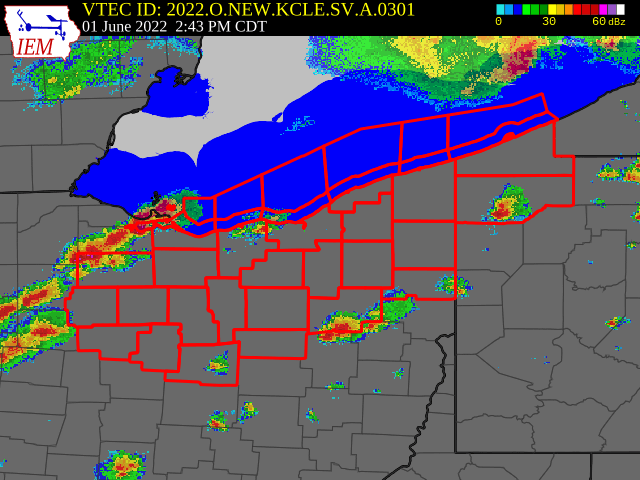 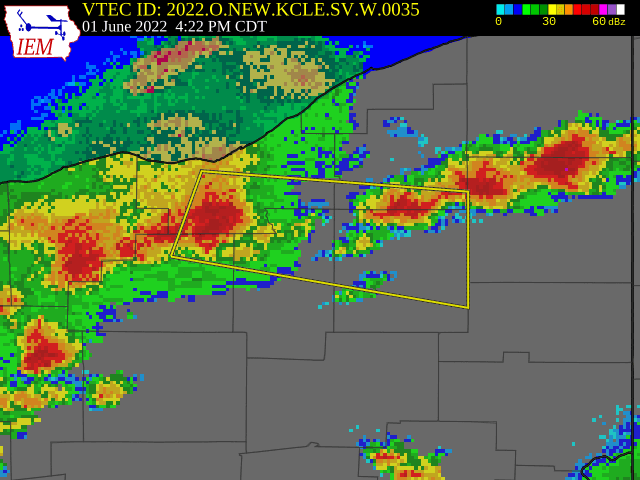 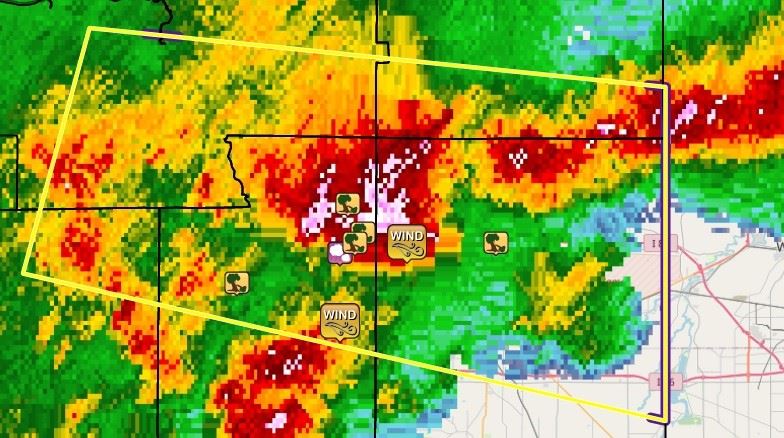 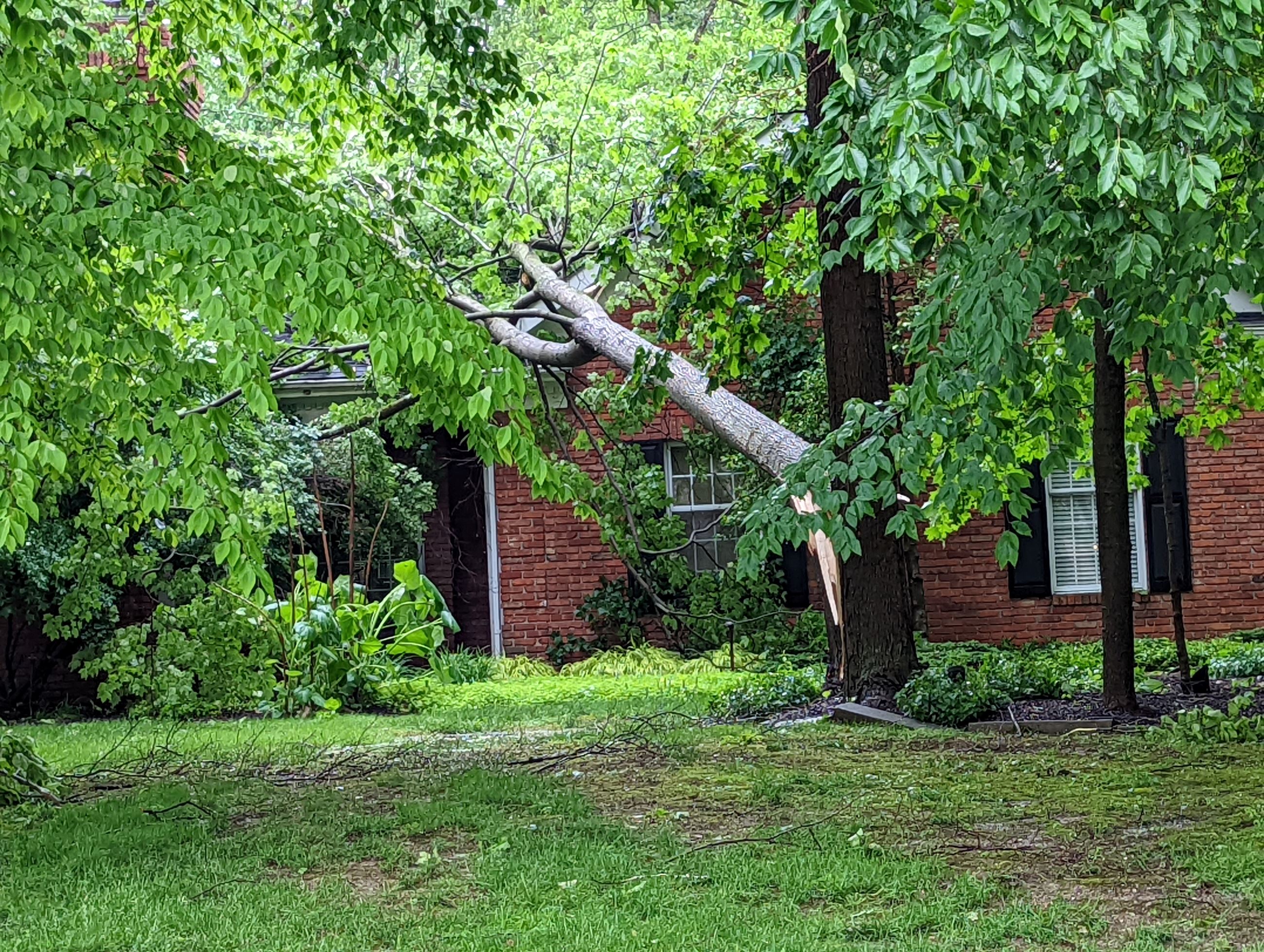 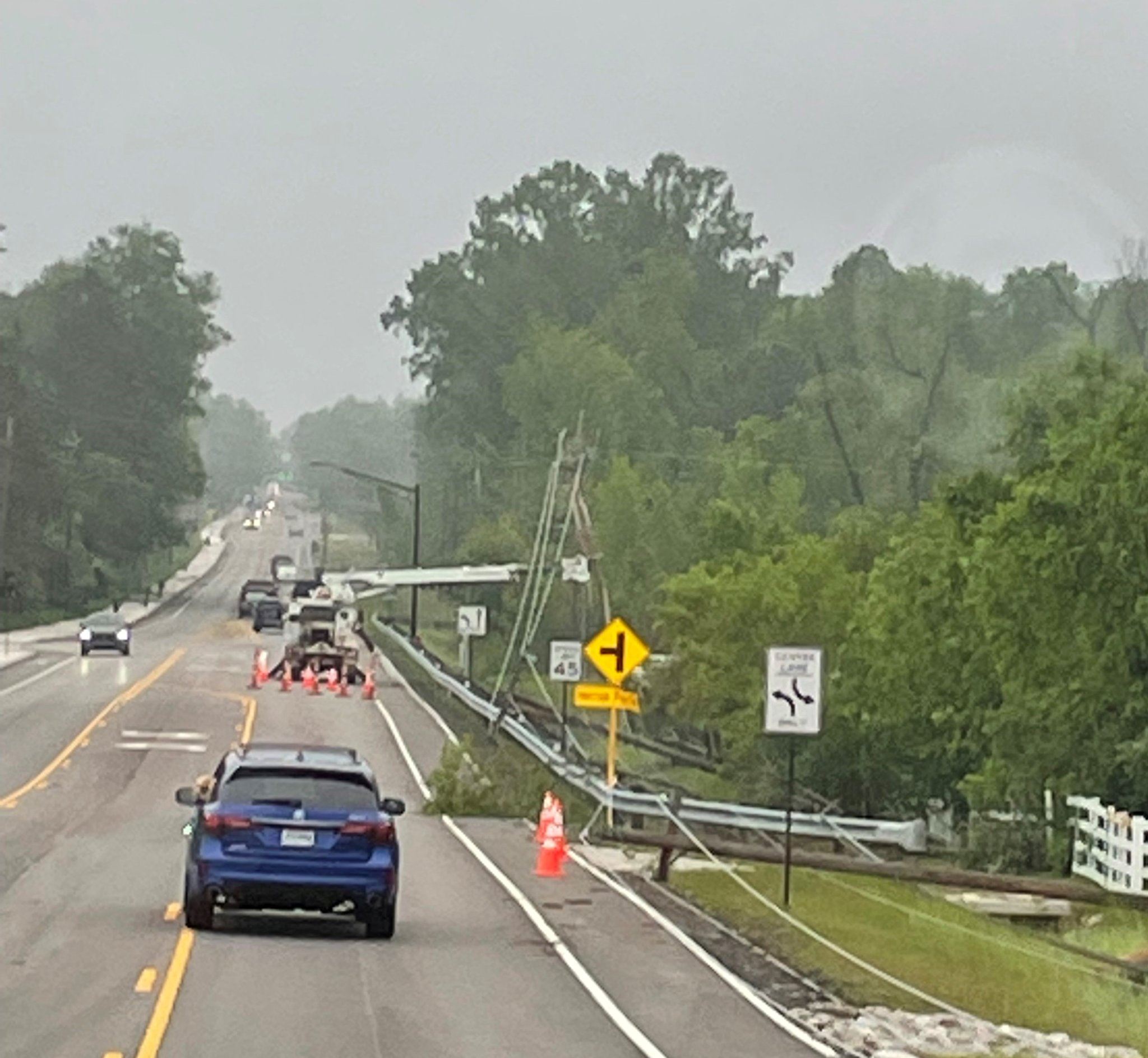 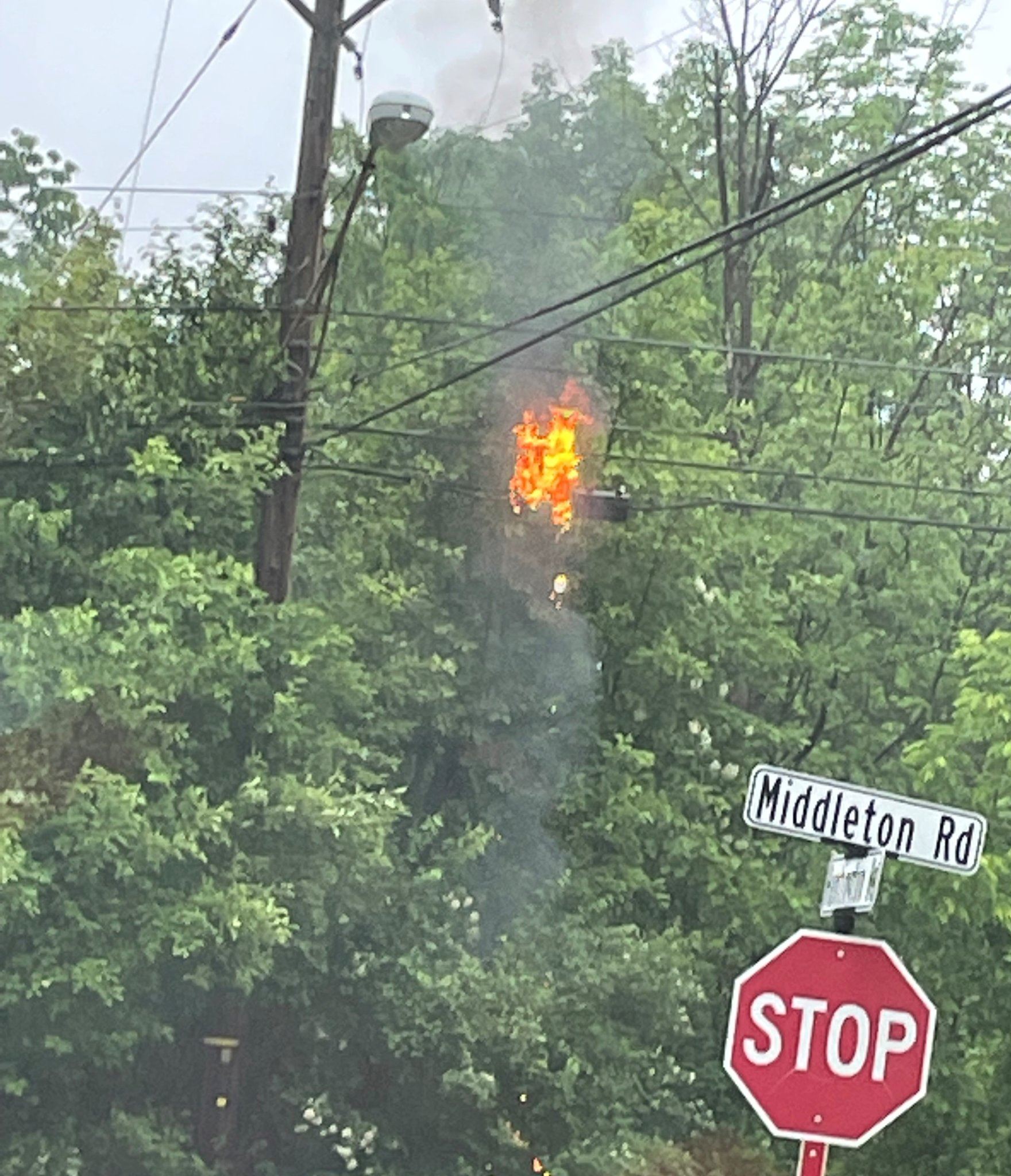 -related calls. The types of incidents responded to included:

22 – Wires Down or Arcing in Trees 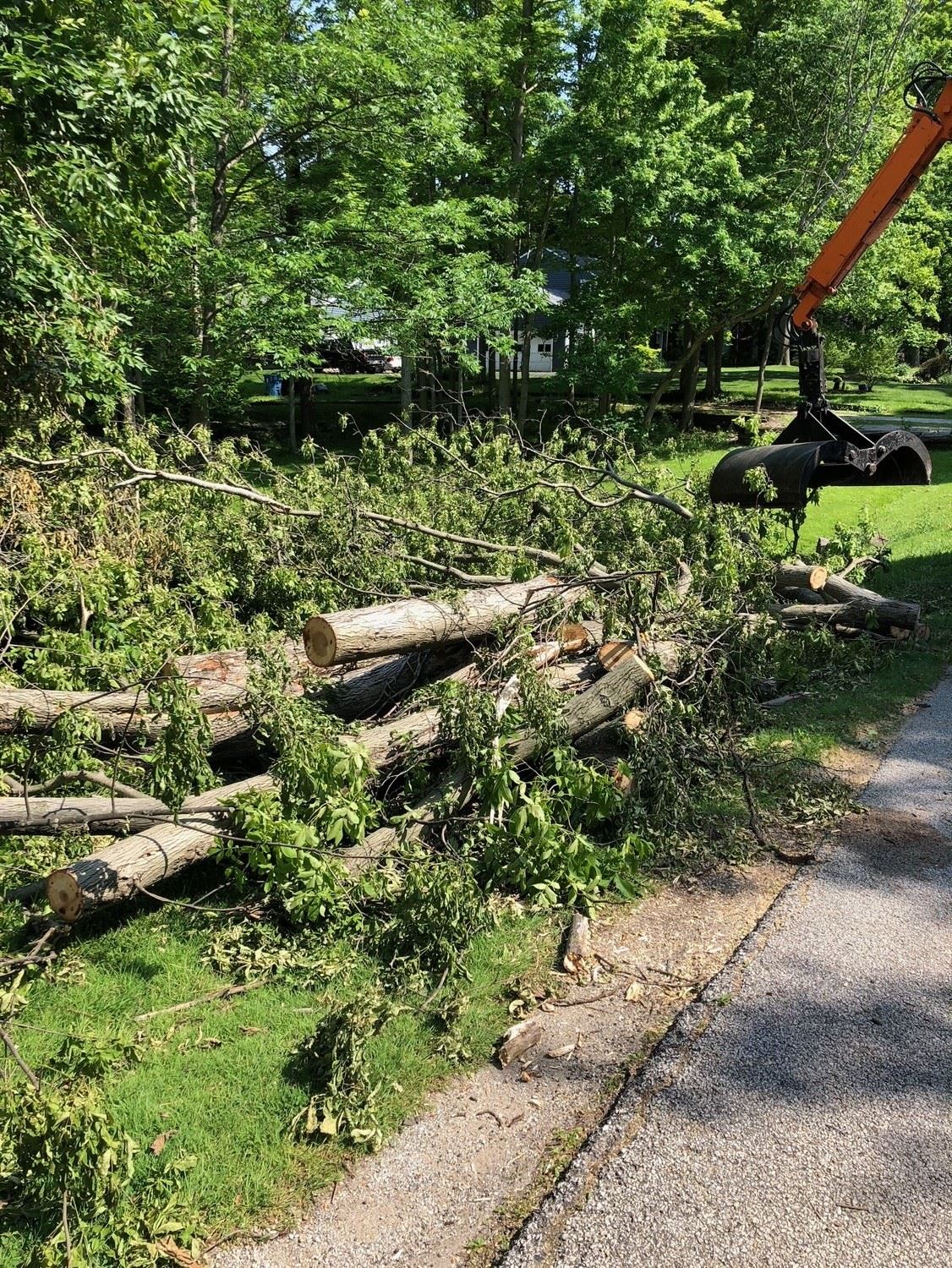 The service department suspended all operations/programs and focused all resources on the tree and branch and debris removal in the City.  Crews spent 3 weeks following the storm event removing debris from all neighborhoods throughout the city.  Department Managers secured additional trucks and equipment to expedite the work.  The Service Department has completed all storm related work and is now back to regular summer operations schedules.  Hudson Public Power (HPP) responded to power outages within an hour of the storm passing through the City. HPP crews have been work since the storm to  identify and repair any system components. They are currently in the  Old Tannery Acres neighborhood replacing damaged poles.