City Staff held an update meeting with the roadway contractor last week.  Below is an overall update for the project and schedule for the next few weeks:

•   Overall, the project remains on schedule.

•    All new storm sewers have been installed and failing pavement sections removed along the east side of the roadway.

•    In the coming days, the contractor will be installing new curbs along the east side of the road.

•    Asphalt pavement is then scheduled to be placed before Thanksgiving and the lanes shifted going into the winter holidays.

•    After Thanksgiving, weather permitting, the contractor will replace commercial driveway aprons and install the new sidewalk along the east side.

Dominion will be starting on gas line relocation work on SR 91 from Stoney Hill Drive south to Barlow Road starting on March 16.  The work will last approximately 10 weeks.  Two-way traffic will be maintained with construction barrels throughout most the work, but alternating single lane traffic with flaggers will be needed during some phases of the work.  All business will have access to their driveways throughout the duration of the work.  Traffic delays should be expected.

The road widening project is anticipated to start construction later this year in early summer.

The City of Hudson has been awarded federal funding to complete the S. Main Street Widening Project.  The project limits for the road widening improvement are along SR 91 (S. Main Street) from Barlow Road to the Stoney Hill Drive intersection.  Final design of the project is currently being completed.  A brief description of the proposed improvements is described as follows:

The below exhibit shows the preliminary design of the improvements.   The new roadway section will consist of three – 11 ft. wide lanes (2 thru lanes and one center turn lane), 5-foot on-street bike lanes on each side, along with a minimum 5-foot concrete walk on each side of the road.  Other project improvements include traffic signal upgrades, storm sewer improvements, repair to heaving shoulders, and roadway resurfacing

The anticipated schedule for the project is outlined below: 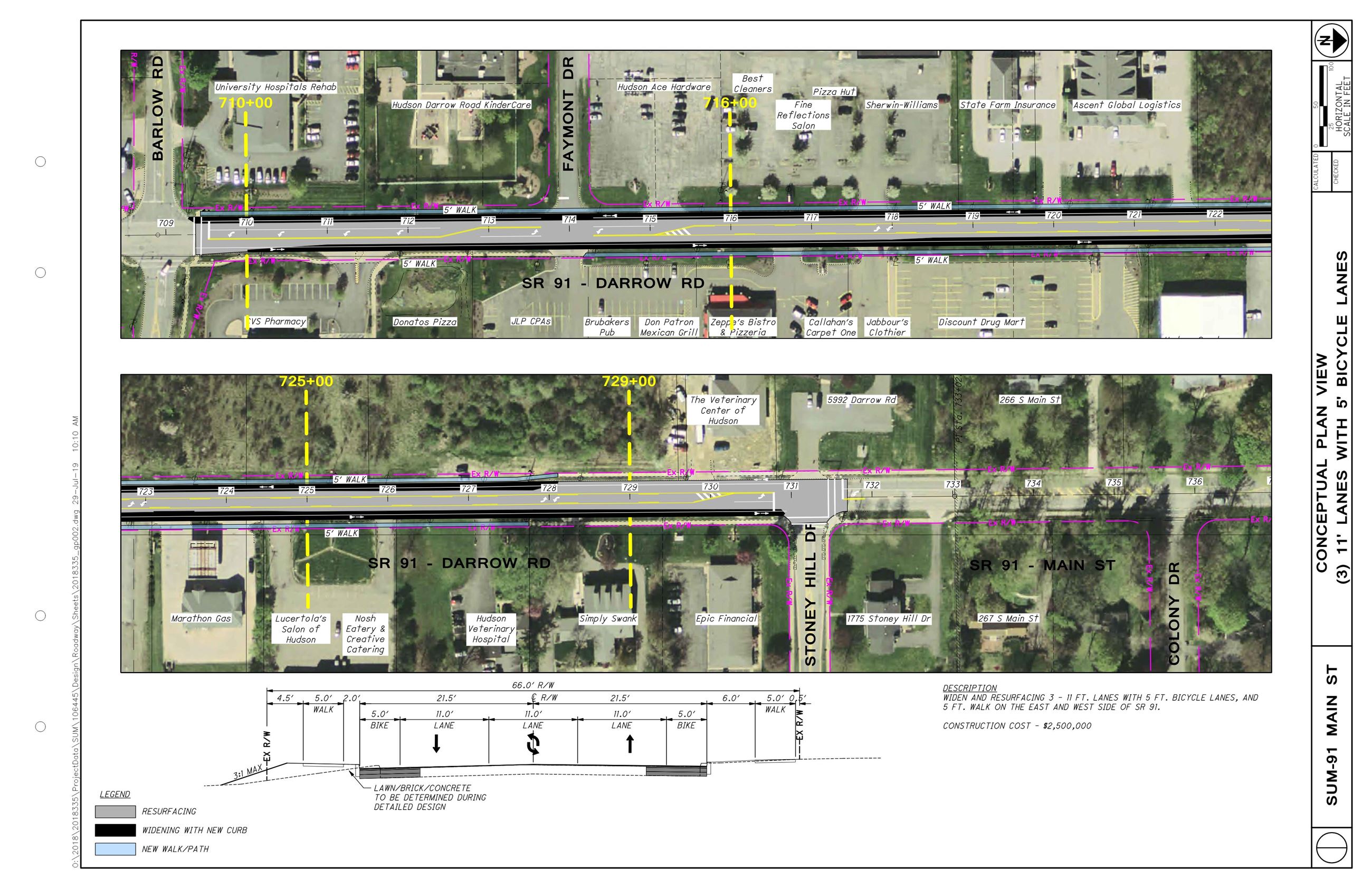 If you have questions regarding this project, please contact: