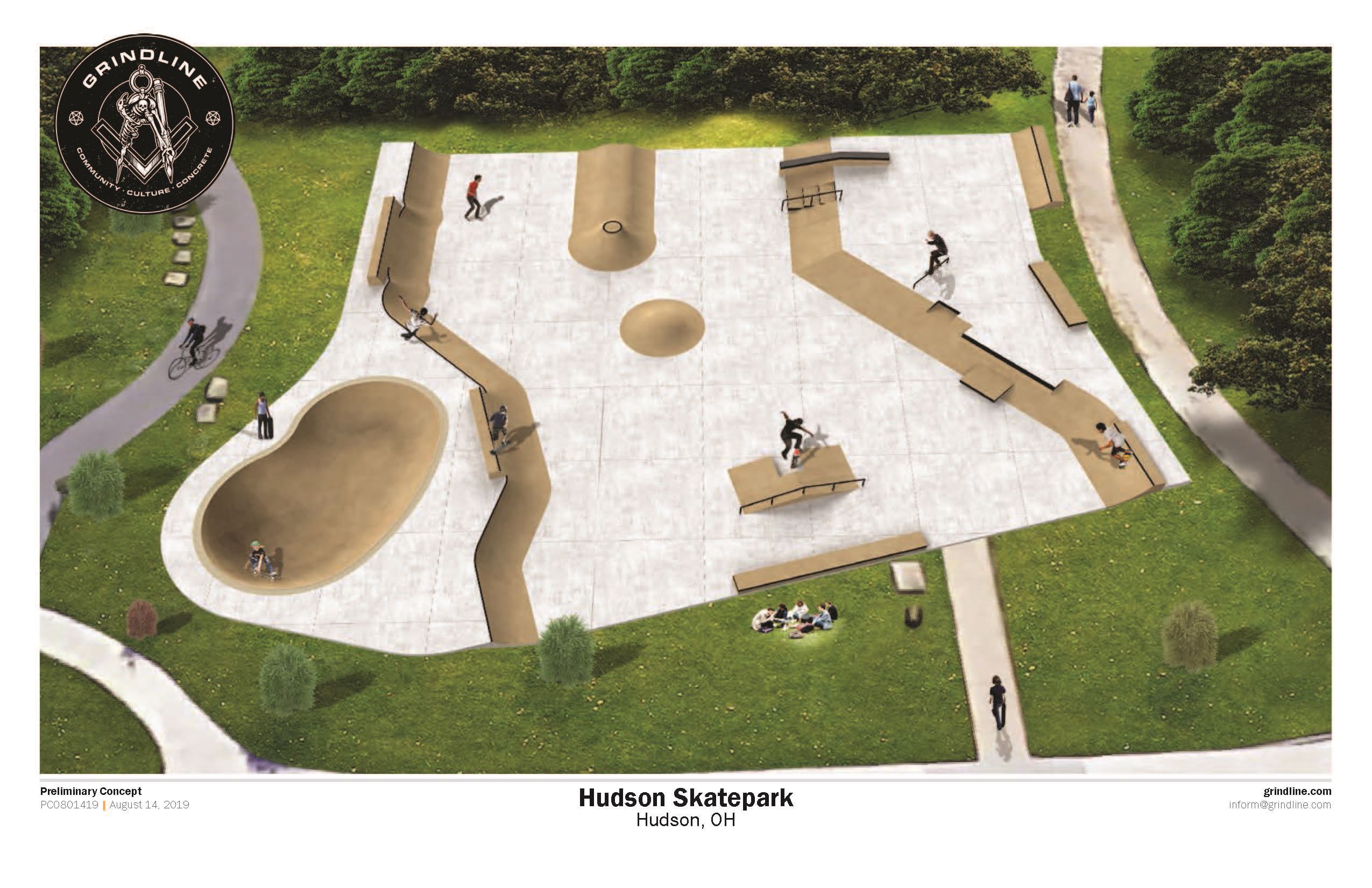 In 2000, Hudson parents, students, and school administrators approached City Council and the Park Board about building skate park for teens. With many young skateboarding enthusiasts in our community, Hudsonites were looking for activities in the parks for teenagers. Originally, a temporary skate park was built on property located at Stow and Middleton Roads. Knowing this was only a temporary location to see how the facility would be used, the City looked for a permanent location. About 15 years ago, a permanent skate park was build on Veterans Way. The original construction was a concrete pad with wooden equipment. Over the years, the wood structures have deteriorated and both the structures underneath and on the surface.are starting to fall apart and are causing safety concerns.

After additional input from local and regional skaters, the designer's recommendation is to enlarge the project's footprint by 2,500 square feet for safety and improved functionality. The cost to enlarge the the footprint is $125,000. Vans Shoe Company has offered a $50,000 grant to the City for the park, bringing to total additional funding needed for the enlarged footprint to $75,000. City Council approved the additional funding on August 6, 2019. The project will go out to bid by the end of 2019 and be constructed in the spring of 2020.
DOWNTOWN PHASE II
HUDSON INNOVATES
VELOCITY BROADBAND
CONSTRUCTION PROJECTS
BUDGETS
Open Government
View city agendas, budgets, etc.
Financial Information
View financial & budget information
Recreation
Stay active in Hudson
Development
View business opportunities
Meetings & Videos
Stay connected & informed.
/QuickLinks.aspx
/QuickLinks.aspx
/FAQ.aspx
/QuickLinks.aspx